China wants to build up its wine country into one that could rival France's Bordeaux PUBLISHED SUN, JUN 2

首页  ꄲ  媒体报道  ꄲ  China wants to build up its wine country into one that could rival France's Bordeaux PUBLISHED SUN, JUN 2

A worker pours wine at a winery in Yinchuan, Ningxia Hui Autonomous Region in 2015.

BEIJING — Fresh off a surge in wine exports and a visit from President Xi Jinping last year, China wants to turn its primary wine-producing region of Ningxia into one that rivals France's Bordeaux.

By 2035, Ningxia's Helan Mountains area aims to produce 600 million bottles worth 20 billion yuan ($3.12 billion), according to aplan the central government approved in late May. The region along the Yellow River is about a two hours' flight west from Beijing and lies in a latitude similar to that of France's famed wine country.

"If this goal can be achieved, Helan Mountains' eastern foothills will become an internationally important and influential production area, with a scale matching that of Bordeaux," Sui Pengfei, director of international cooperation at China's agriculture ministry told reporters last week in Mandarin, according to a CNBC translation.

Ningxia is just one of several wine-producing areas in China, but its Helan Mountains' eastern foothills has a diverse variety of grapes on par with that of Bordeaux or Napa Valley in the U.S., and accounts for the majority of domestic wine production, Sui said.

Even if the 15-year target is more than quadruple Ningxia's annual wine production, the numbers roughly match up to those of France's wine capital.

Like many high-level Chinese plans, the one for wine is vague on implementation details. Instead, it lays out a framework for development that ranges from improving local winemaking knowledge and ecological conservation to "a window" for China's wine to "integrate with the world," according to a CNBC translation of the Chinese text.

Last year, during the coronavirus pandemic, Ningxia's wine exports rose 46.4% to 2.65 million yuan (about $414,100), according to the local customs agency. Primary destinations included the U.S., the European Union, Australia and Japan.

His company started exporting to Switzerland, Japan, Hong Kong and France in small amounts this year, he said, adding that there are plans to enter the U.S. market as well.

However, he said he plans to focus on the Chinese market, with exports accounting for just 10% to 20% of production in the long term.

China ranks sixth in global wine consumption and tenth in production by liters, according to an annual report released in April by the International Organisation of Vine and Wine.

The report noted that China's wine consumption and production have declined over the last few years, potentially due to difficult climate conditions and low productivity. These issues "are making the Chinese wine industry less competitive compared to imported wines," the authors wrote.

The central government's push this year to further develop vineyards in Ningxia comes as China's relations with Australia deteriorate.

The country was China's largest source of foreign-made wine in 2020, slightly above France, but Chinese tariffs imposed in March have essentially blocked further wine imports from Australia.

While Australian producers have found new buyers in the U.K., U.S. and Southeast Asia, it will probably take three or four years to recover losses — and not all the roughly 1,000 China-focused wine exporters will survive, said Tony Battaglene, chief executive of Australian Grape and Wine, an industry interest group.

He said Australian businesses still hope to re-enter the Chinese market when the tariffs are set to expire in five years, and that Australian wine experts can help Chinese producers navigate climate-related problems that both face.

Rivals at home for Chinese wine

On the international level, Chinese producers have "got a long way to go before they become a big exporter," he added.

Officials at last week's press conference did not comment on the Australian wine tariffs.

As a result of those tariffs, Chinese imports of wine from Chile and France are getting a boost, said Xige's Zhang, who also attended the event in Beijing. He said the government's emphasis on Ningxia's wine industry will likely help vineyards get financing, since they won't be viewed as merely agriculture businesses.

Zhang added that growing attention on the wine industry is helping boost domestic tourism. His 22 guest rooms that run for 1,200 yuan ($188) a night have been sold out every weekend since early May.

In addition to the popularity of foreign brands, one of the bigger challenges for China's wine industry is a local preference for a strong, clear liquor known as baijiu. The alcohol is a staple at Chinese business and government dinners, and one of the main brands, Kweichow Moutai, is one of the largest publicly traded stocks in mainland China. 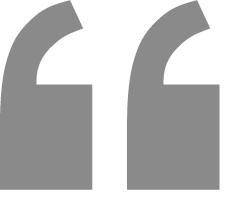